This is to announce the official grand opening of my new blog: LadyM's Distractions.

LadyM's Ramblings has served me well and I still love its name, but I needed a tabula rasa and so began a secret blog a couple months ago to write about my experiences on eHarmony.

About forty posts later, I've decided to take LadyM's Distractions out into the light and let it rise or fall as may.

So if are a follower, go check it out. The content is a little more focused/themed than it was here, so it definitely won't be for everybody. But I'm excited about it. :)

P.S. LadyM's Ramblings will, therefore, be indefinitely dormant.
Posted by LadyM at 12:28 AM No comments:

"We often have lofty demands for suitors (well, not that lofty – just that they have Jim Elliot’s heart, C. S. Lewis’s mind, William Wallace’s courage, Clark Gable’s face, Cary Grant’s clothes, Josh Groban’s voice…), but we want them to love us just the way we are. [. . .]Janey apparently hopes that her paragon of glowing character and accomplishments won’t mind that she is (apparently) shallow and materialistic, has qualities buried so deep there’s no danger of anyone ever finding them, is not-quite-sold-out for Christ herself… and is not interested in changing." --VisionaryDaughters
Posted by LadyM at 7:31 PM No comments:

Today I joined an (In)courage Writer's Group on Facebook. When you join a group full of bloggers, you realize you should probably start blogging more. About what I'm still trying to figure out. Sure, I have tons of thoughts. But as I have no readership, I don't know what is readable. :) But one girl said that she needed to start blogging even if no one reads it. That's good.

I also realized that if I'm going to join a group like that, I should probably make time to read the blogs of those in my new community! Which made me want to share what I HAVE been reading.

I just finished reading A Tree Grows in Brooklyn. Wow. Written in 1943, it shows amazing insight into, well, humans. The authoress, Betty Smith, doesn't need to have written anything else (I don't know if she did) because A Tree Grows in Brooklyn, in my inexpert opinion, is a magnum opus. She was so thorough. I came across one loose thread never brought to its end--Francie and Neeley got a live Christmas tree and decided to keep it and water and manure it. Towards the end of the book I thought, "Hm, she never said what happened with that. But I guess no book can perfectly close up all loose ends." Hah! She did. Bottom of the last page. :)

See, I'm wordy. Another reason why I'm not sure what to blog about, because I could go on and on about this book. :) A Tree Grows in Brooklyn follows the life and family of Francie, a girl living in the immigrant area of Brooklyn. In the beginning of the book I thought, and told others, "This book has no plot. It's not going anywhere. But it's interesting." And it just got more and more interesting until I've decided I think it's one of my favorite books. Minus the language. Went through it with a black pen for future readings' sake. And it's not really a family book either.

Hm, I wasn't planning on blogging about that book. But thus it happened. So I will include my two favorite quotes from the book and be done with it.


"She was all of these things and of something more that did not come from the Rommelys nor the Nolans, the reading, the observing, the living from day to day. It was something that had been born into her and her only--the something different from anyone else in the two families. It was what God or whatever is His equivalent puts into each soul that is given life--the one different thing such as that which makes no two fingerprints on the face of the earth alike."
And near the end of the book, when Francie was 15 years old,
"'I need someone,' thought Francie desperately. 'I need someone. I need to hold somebody close. And I need more than this holding. I need someone to understand how I feel at a time like now. And the understanding must be part of the holding.
'But it isn't an Aunt Sissy thing [carnal] because there's this understanding that I want almost more than I want the holding.'"﻿

If you're a single wanting to get married, read this: http://nothinglessthanbread.blogspot.com/2013/01/saturday-dont-rain-on-my-parade.html
Posted by LadyM at 9:08 PM No comments:

Slow steps of responsibility and commitment

Having a dog has proven a bigger deal than I knew. Or maybe I'm just seeing the unknown I worried about when choosing to take the plunge and bring Bella home.

First, she wet in the house the first couple weeks she was here.

Second, she tears up my garbage when I'm away for a few hours.

Third, she wants lots of attention.

Fourth, she requires lots of activity.
﻿ 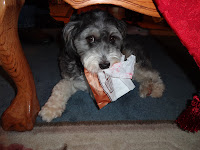 Fifth, she's super curious, which led to her finding her Christmas present and chewing through her bag to the bone before I could take it away til morning.

Every morning around 6am my mom lets her out to go potty.

Twice a day she gets a walk where she gets to run around in the park.

I give her a bath every week.

So I think "What have I done??" and I realize my life has changed and I miss the days in my bedroom alone. And I see I have taken on a responsibility--like adopting a child before you're married. And I didn't know, I wasn't prepared, I couldn't have been. And I am tempted to send her back because a panic is threatening. 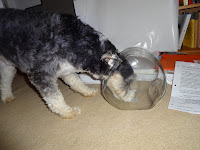 And lastly, the thought I had when I decided it was okay with God to move forward:

It is a good thing when our love expands.

Those who have kids and husbands or even other forms of responsibility will think me a little extreme here, but this is my first major responsibility and commitment, and while small, I'm thankful I'm getting used to the smaller steps before I have to undergo a bigger one, because apparently I really needed practice. And right now, my parents help out very very much.
Posted by LadyM at 11:50 PM No comments: 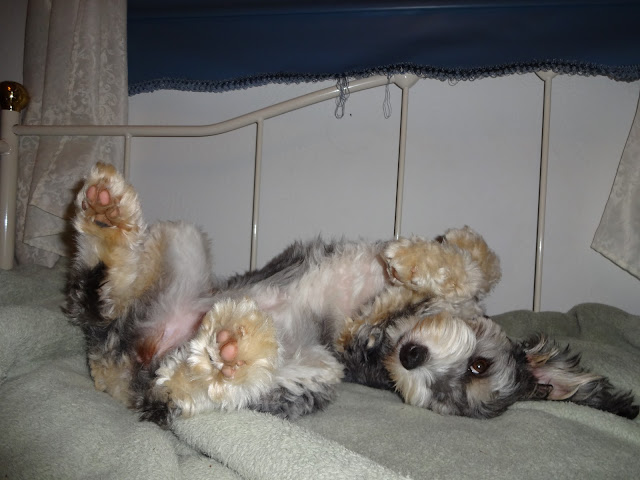 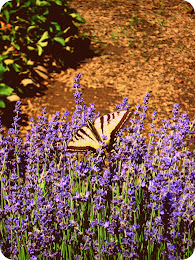 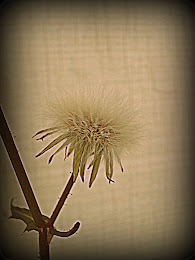